The Active Energy project has won the Times Higher Education award 2022 for Knowledge Exchange/Transfer Initiative of the Year. 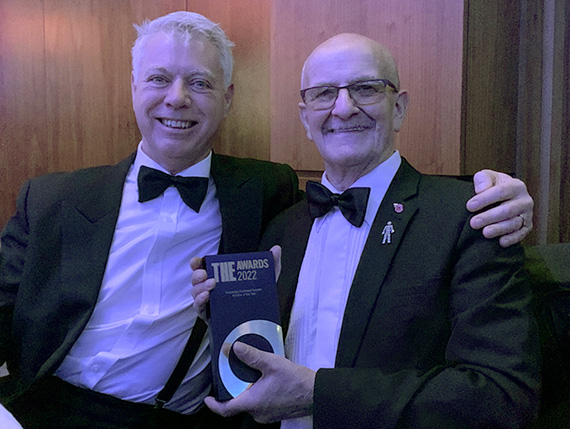 On the evening of 17th November 2022 at a ‘glittering’ ceremony at the Hilton London Metropole, members of The Geezers Club accompanied Loraine Leeson, Professor Ann Light (who instigated the project in 2007) and Middlesex University’s Director of Knowledge Transfer Professor Mark Gray to accept this prestigious award. Described as the ‘Oscars of higher education’, these annual awards showcase the best in higher education and in this case paid tribute to a twelve-year arts-led project driven by the Geezers’ interest and enthusiasm in ensuring that renewable energy can support the lives of older people in riverside communities. 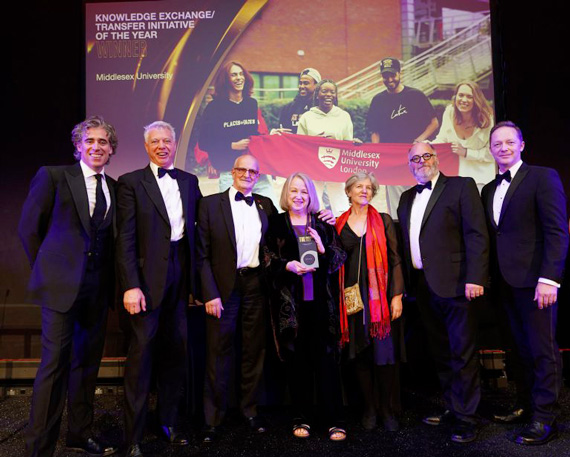 The Geezers have had a special interest in the development of tidal power, which is not subject to the vagaries of wind or sun and eminently suitable for an island nation with its many tidal rivers. It was the proximity of the Thames and the fact that older people can often not afford to heat their homes that initially inspired the Geezers to embark on this journey with artist Loraine Leeson and others to see where it would lead. Not only has much been achieved, but the value of the initiative has now recognised with the value it deserved.