The experiences and ideas of older people are rarely voiced in the context of renewable energy technologies, partly because of the stereotyped view that innovation is the remit of younger generations, partly because older people have little access to public space within which to express their desires and share their knowledge. Similarly, young people and teenagers are often excluded from playing an active role in the promotion and development of renewable energies at a local level.

Although Design and Technology is a compulsory course in secondary education, young people are seldom able to experience the connections between renewable energies and their everyday lives. This was particularly true for pupils at Bow Boys’ School, who live in a densely populated urban environment in one of the poorest boroughs of London. Crucially, bringing this project into their neighbourhood was a form of operating small-scale changes. ActiveEnergy put Bow on the map of renewable energies by demonstrating to the local community, and to London at large, how to set an example and become a model for the rest of the city. 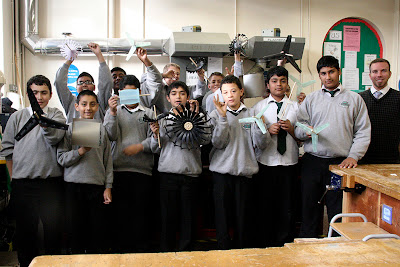