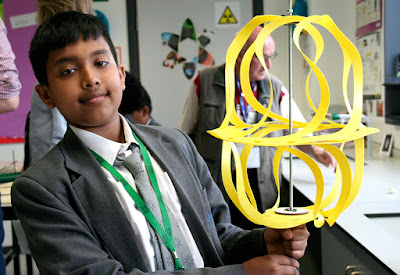 They were supported by members of The Geezers Club from AgeUK Bow, who have been a central part of this project for the last twelve years - it was their idea to find out how the River Thames and its tributaries could be used to power their community. Students from the MA Art and Social Practice at Middlesex University also assisted. 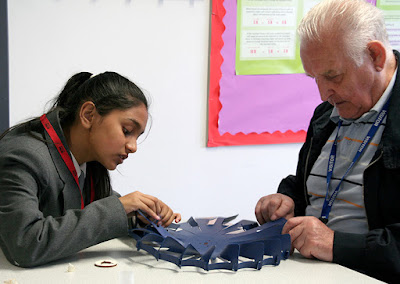 The young people’s working models will be on display at a public event to be held in the Queen Elizabeth Olympic Park on the afternoon of Friday 20th September. Watch this space for details.

Active Energy in the Olympic Park

Since early July 2019 new floating water wheel can be seen in the Queen Elizabeth Olympic Park between Thornton and Iron Bridge, where it has been installed to help the survival of fish and wildlife. In certain weather conditions sewage finds its way into the river, where it uses up oxygen and can cause fish to die. Lock gates along the river are raised intermittently to allow water to flow, and at these times the wheel turns, driving air into the river. 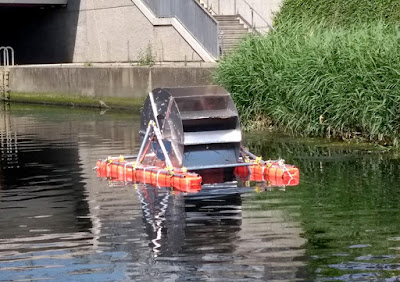