During the summer of 2012 Loraine Leeson took the concept of Active Energy, as developed through her project with the Geezers in East London, to a residency at the Mattress Factory in Pittsburgh organised by curator Hilary Robinson as part of her Feminist and… exhibition.

Working with Northside Seniors, she commenced with a question to the group, similar to the one that initiated the Geezers’ project: “If there were any technology that could be developed that you feel would best support yourselves or your communities, what would that be?” Following some discussion the group arrived at an issue that would turn out to be one of the greatest health concerns for the US – a cure for Alzheimer’s Disease. This group of older women felt that they would also like more information about the disease to help their awareness of its signs, and for this to be more readily available to younger generations, who might then better support family members stricken with the disease. 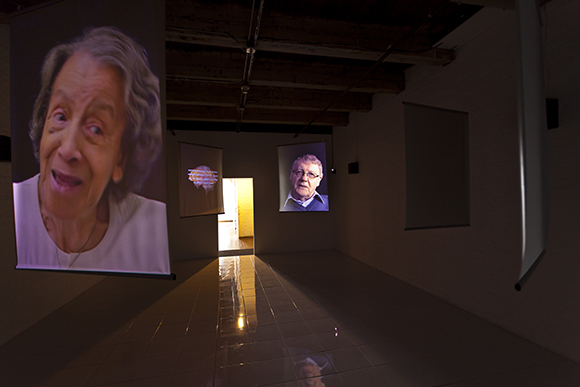