On 20th September 2019, as millions of school children, workers and trades unionists across the globe commenced a week of action for climate justice, the Active Energy project celebrated how older and younger people have come together to work for environmental change in their community. 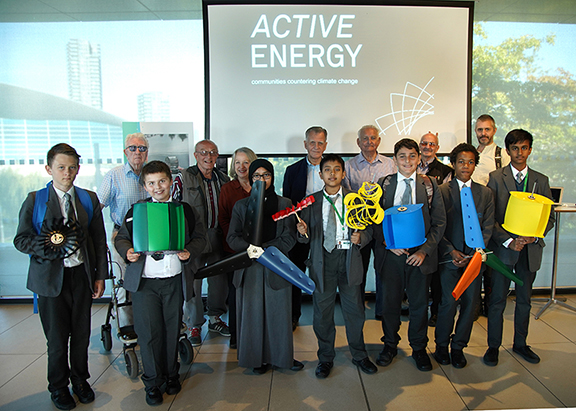 The event was held at The Last Drop café in the Queen Elizabeth Olympic Park, close to where the water wheel is located. It was opened by Paul Brickell, Executive Director for Regeneration and Community Partnerships at the London Legacy Development Corporation. 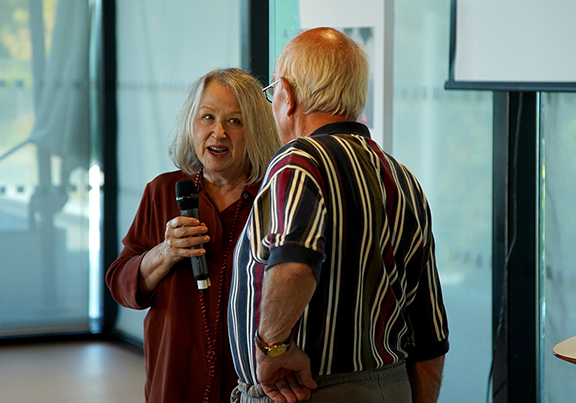 Following this artist Loraine Leeson outlined how the project had developed after the last twelve years and engineer Toby Borland described the mechanics of the various turbines and water wheels the team have created over this time.

Ray Gipson explained how the Geezers Club had become involved, and the importance of involving older people in the development of new technologies, since none of this would have taken place without The Geezers’ input. Pupils from Bow School, where The Geezers have recently assisted with the making of model turbines, showed their creations to the audience and spoke themselves about their concerns regarding climate change.

Philip Kyeremanteng of Canals and RiversTrust then went on to demonstrate urgent environmental issues for our rivers, while James Hardy, Senior Manager for Energy and Climate Change at the GreaterLondon Authority outlined policy level planning to counter climate change in London. He was then questioned on these strategies by the pupils and Geezers. 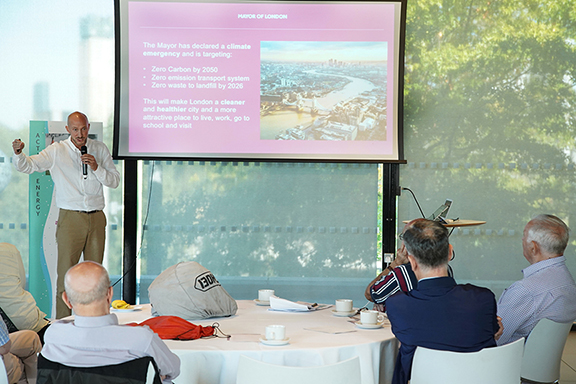 The event was closed by Bridget McKenzie from Culture Declares Emergency, who considered what can be done by each of us to support the planet at this time of climate crisis. 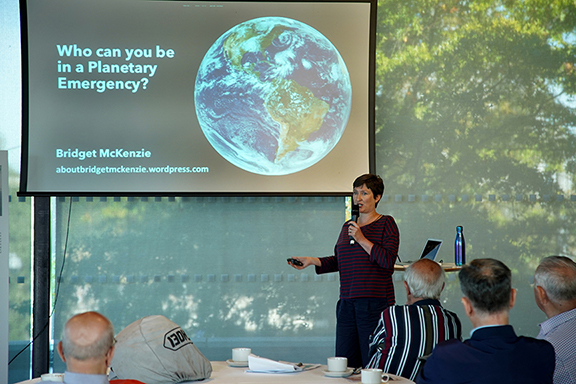 The Geezers are not quite finished with the project however. They will be helping with some more workshops at Bow School, and still want to pursue the idea of how renewable energy can be built into sheltered accommodation in their borough to reduce energy costs for the older population, who are often unable to heat their homes.